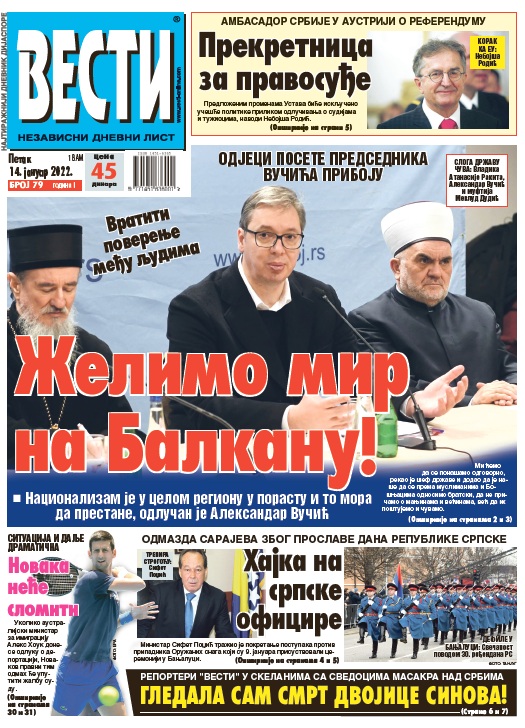 The hunt for Serb personnel within the Ministry of Protection of BiH and the Armed Forces as a result of presence of the celebration of the Day of the Republika Srpska isn’t the primary transfer of that sort that politicians are withdrawing from Sarajevo.

Previously years, there have been threats of disciplinary proceedings, and that was the tip of it, however the bulletins of Sifet Podzic, the Minister of Protection, say that this time all the pieces may finish in courtroom. Podzic, allow us to remind you, calls for that actions be taken in opposition to the AFBiH officers who attended the celebration of the RS Day, each within the Armed Forces and in judicial establishments.

As a result of attending the ceremony in Banja Luka, his deputy Mirko Okolić was additionally attacked by the Minister of Protection.

– He filed a prison criticism in opposition to me earlier than the Prosecutor’s Workplace of BiH and we are going to see the way it will finish – mentioned Okolic, noting that all the pieces within the protection division labored fairly solidly till a choice was made to cancel the train of the BiH Armed Forces and the Serbian Military.

Learn extra within the printed version of “Vesti”, which will probably be accessible in newsstands all through Serbia on Friday, January 14.

Read in “Vesti”: Insidious attack on the Serbian Orthodox Church

Read in “Vesti”: There is no winter with Putin

Read in “Vesti”: Bosnia is sliding into war!

Tomorrow in “Vesti”, read: Most do not want Krivokapić!